With summer in full swing, most of us are planning our yearly vacations. A time to get away, see family and friends, and genuinely forget our troubles for a spell. What I personally love about this time of year is the fact that Halloween is only a little over 100 days away. As horror fans, sometimes our vacation destinations can elicit a raised eyebrow or two. Recently a buddy and I packed up the car, made sure we had a sweet playlist, and headed east toward Pittsburgh, Pennsylvania. The zombie mecca. We started our journey with the hopes of standing in the same places the late George Romero stood when he introduced zombies into the public consciousness.

Also See: How The Night of the Living Dead Remake Fixed the Major Issue With the Original Our first stop was Evans City, Pennsylvania. Evans City houses the famous cemetery from the opening of the seminal classic Night of the Living Dead. Traversing the cemetery is like taking a step back in horror history. The major landmarks from the film are still there.

One of the most important things to remember when visiting this location is to be respectful. You are in an actual cemetery where people come to mourn those who have passed on.

Upon going up the long driveway, one of the first things you see is the chapel. The chapel is still in relatively good shape. A short distance from the chapel is the famous marker of Nicholas Kramer. As you recall, this monument is the one Barbara has a death grip on from fear. Below you can see the scene from the film and how it looks today. Just a short distance away, one can find see where Johnny met his untimely end, by way of a grave marker. The plot in question belongs to Clyde Lewis Myers. Evans City is also home to The Living Dead Museum and Gift Shop. Here, one can find a visual history of all things Living Dead and a shop for those hard to find Christmas gifts for the horror fan in your life. Unfortunately, on my trip, the museum was closed as I had to visit during the week. The museum is typically open Friday, Saturday and Sunday. Monday thru Thursday is by appointment only. But if you are fortunate enough to be there when it is open, I implore you to stop by. For further info check out their website directly right here.

Our next stop was the famous Monroeville Mall. The filming location of Romero’s 1978 classic Dawn of the Dead.  The mall is nearly unrecognizable from how it looked then, due to years of renovation and upgrades.

Also See: How Dawn of the Dead Painted the Perfect Picture of the Consumer Apocalypse 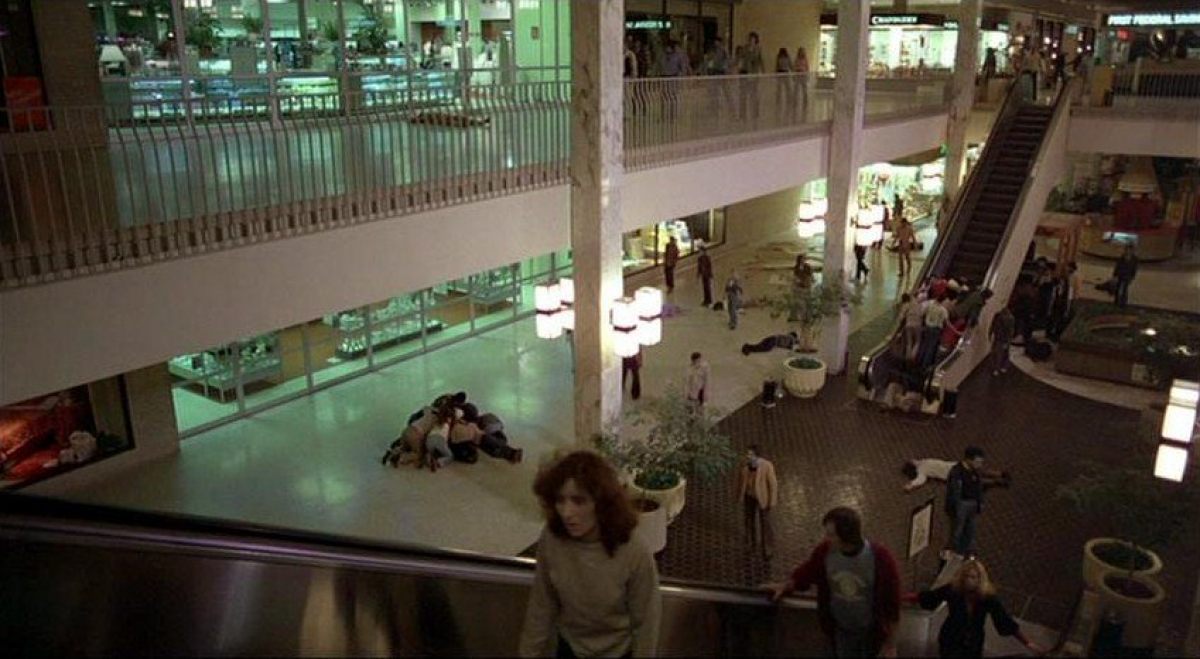 While walking through the halls of stores selling everything from cellphones to beauty products, you will find a bust of the Late George A. Romero located on the first floor. If it wasn’t for Romero, the Monroeville Mall would probably be just another suburban hang out for the local kids and would likely not be known beyond the borders of Pennsylvania. It was great to see the owners embrace the property’s history. The bust is a beautiful tribute.

From several of the people I spoke with, the locals seem to be good sports with the area’s zombie cinema past. One of the employees in the food court even informed me I was standing where the skating rink featured in the film, used to be. There are also several stores who sell T-shirts and various other merchandise capitalizing on the mall’s zombie history. One interesting part of the mall we were able to sneak into was the maze of access corridors. Two separate people we spoke with said that the corridors have likely not been remodeled since the original filming of Dawn of the Dead.

While poking around we were disappointed to find that we could not locate the boiler room or the stairwell leading up to the roof from the original film. But the hallways truly look like they have been frozen in time since the 1970s. Below is a quick picture I snapped. To visit the Monroeville Mall is to stand in the shadow of the birthplace of one of the greatest modern zombie films. When I was a kid and first cutting my teeth in the horror genre, Romero and his Dead film series were highly influential in solidifying my love for all things horror.

Luckily the exterior of the mall has not changed all that much over time. It is still relatively easy to discern where certain shots from the film took place. Below is one such example I found while I was there. 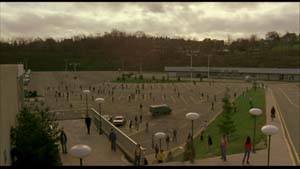 One day was not nearly enough time to fully experience everything the greater Pittsburgh area had to offer. There were still many areas we simply did not have time to make it to such as the farmhouse in Night of the Living Dead, which can be found outside Evans City. Not to mention, the heliport from Dawn of the Dead.

A word of caution: If you do go see these sights, the roads in Pittsburgh are like a Choose Your Own Adventure book. It is nothing to be driving comfortably and suddenly find yourself having to make a 90 degree turn while traveling up what feels like the steepest hill known to man.

The greater Pittsburgh area has been home to several well-known and popular horror films. When planning your trip, a quick Google search for filming locations of the following films should help you plan and even expand your Romero road trip. The Romero classics The Dark Half, The Crazies, Monkey Shines, and Land of the Dead were all filmed around the Pittsburgh area. Additionally, The Mothman Prophecies, Creepshow and parts of the original Robocop all called Pittsburgh home at some point during production.

So, if you are looking for something different to do, I suggest The Romero Road Trip through the Pittsburgh area. Seeing these sights in person is quite the experience. It felt surreal to stand in the places I have seen on my television screen all throughout my life.

Instead of going to the same old vacation spot every year, fighting the crowds, and struggling to find parking, save yourself the stress and hassle and go visit Pittsburgh and the surrounding areas. While Six Flags might be fun, I would much rather go off the beaten path and visit the locations that have terrified people for well over 50 years. 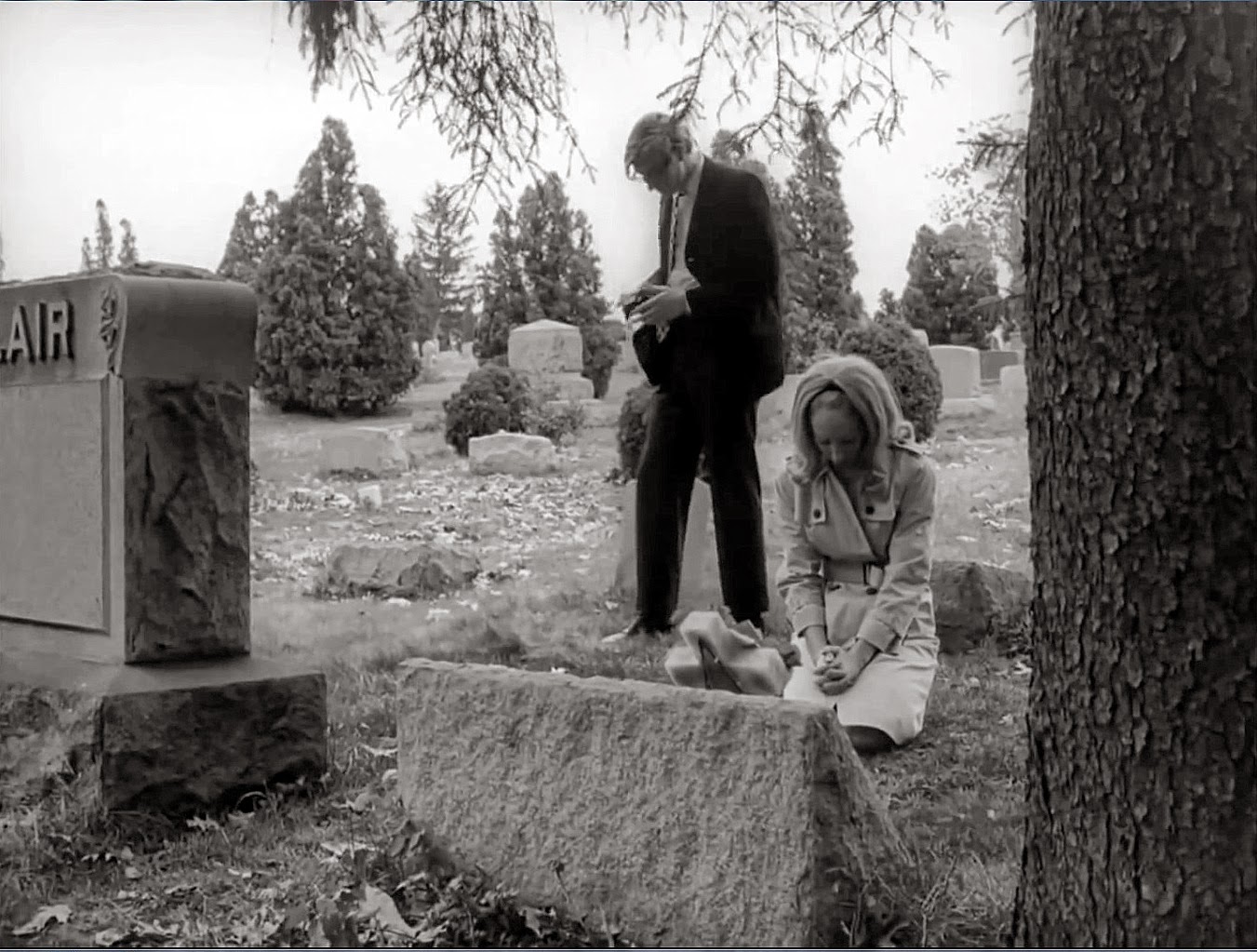 Post Views: 88
Tags: Dawn of the Dead, George Romero, Night of The Living Dead, Pittsburgh, zombies
Share This Post
Written by Aaron Posey
Hailing from the great state of Ohio, Aaron Posey was raised on a steady diet of Ghostbusters, Unsolved Mysteries, and classic slasher films. He possess a plethora of useless horror knowledge that he is dying to unleash on the world. He can carry on a conversation using nothing but movie quotes and can liken any situation to an episode of The Simpsons. He is always on the lookout for up-and-coming horror related bands and music. His crowning achievement in life is his brief appearance in the Halloween: 25 Years of Terror documentary.
Have your say!
51
Previous ArticleThe Rabid Dog’s House: Creepers (Phenomena)Next ArticleSecond Opinion: Child’s Play (2019) is An Insult to Chucky
You May Also Like 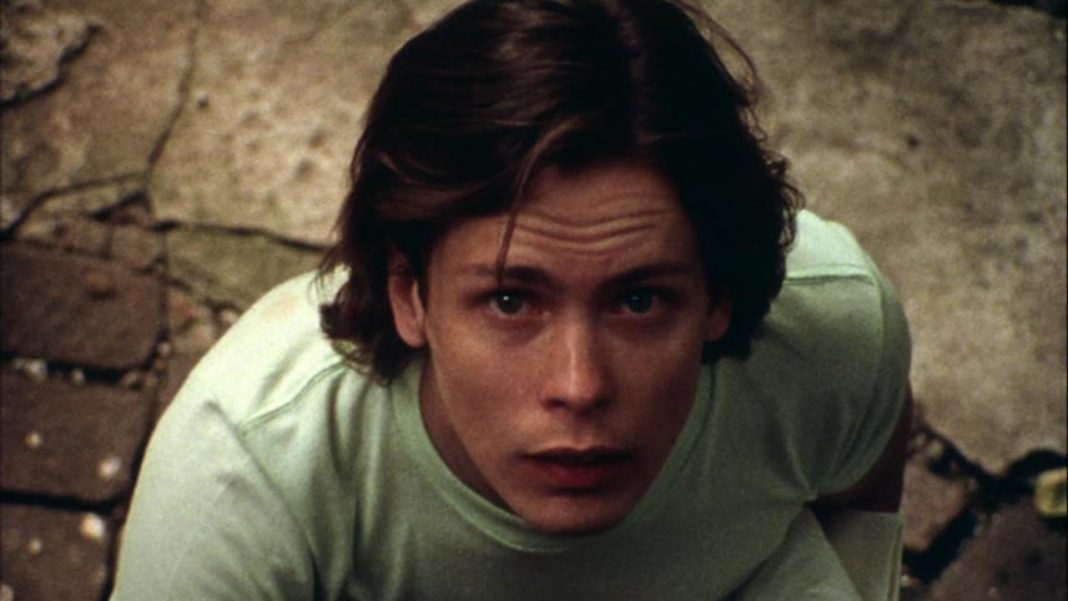 Dawn of the Dead Painted the Perfect Picture of a Consumer Apocalypse
May 1, 2017