Troll Hunter was a great Norwegian found footage/mockumentary film about a video crew uncovering the existence of trolls in the Scandenavian wilderness. Ranging from almost human to gargantuan size, the take on these creatures was new and imaginative and lent itself to a bigger scope and production value. That’s something that was clearly thought of when the decision was made to grant Troll Hunter an American remake.

The early 2010s were definitely the time for this, as Let Me In followed Let the Right One In by barely over a year. The even more high-profile remake of The Girl With the Dragon Tatoo followed on the heels of that. This seemed to be an interesting trend in remakes, starting in the early 2000s. That decade began with remakes of critically acclaimed Japanese horrors like The Ring, The Grudge, Dark Water and more, before transitioning into remaking nearly every high-profile American horror of the ‘70s and early ‘80s, then transitioning back into remaking foreign horror at the end of the decade. 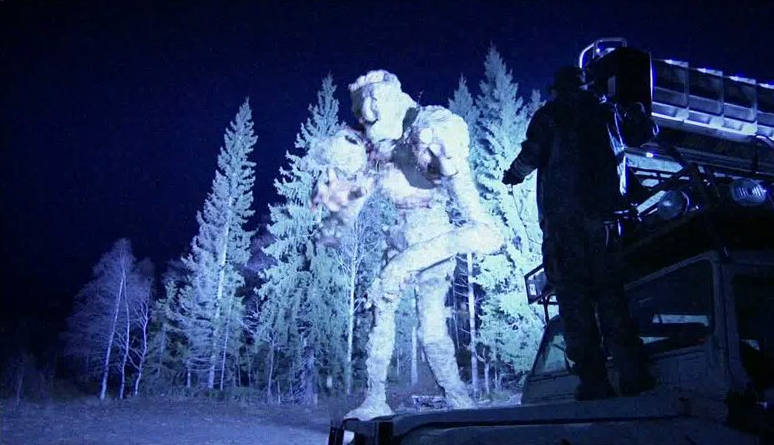 Troll Hunter was initially snatched up in 2011 by Chris Columbus’ company, 1492 Pictures for an American remake. At the time, Columbus said, “Troll Hunter was a visceral, thrilling cinematic rock and roller coaster ride of a movie. Visually, there are scenes in this film that American audiences have never seen. We want to introduce an international audience to this amazing moviegoing experience!”

Marc Haimes was set to make his writing debut on the script and the film seemed to be gaining serious traction. It seemed to be becoming a concrete reality when The Descent and Dog Soldiers director Neil Marshall was tapped to helm the project two years later. Reports indicated that he would also be taking a pass at—and possibly rewriting—the script.

After that, silence. With quite a bit of traction, the movie seemed to stop dead in the water for a time, with Marshall reaffirming in a 2015 interview that it was not dead. “I’m still very, very passionate about doing ‘Troll Hunter’ and ‘Last Voyage of the Demeter.’ They’re great projects. I’m sticking with them, so fingers crossed we’ll get to see them one day.”

Last Voyage of Demeter is yet another unmade venture, one we’ve covered in a previous Script to Pieces, centering on the doomed Russian freighter that unknowingly carried Dracula from Transylvania to London.

Neil Marshall has also, thankfully, had plenty on his plate over the last few years, especially with the number of Game of Thrones episodes he’s directed. That has, for sure, been at least a small part of the reason for the delay in projects like Troll Hunter. Sadly, though, barely a year since Marshall assured fans that Troll Hunter was still on track, the announcement broke that the remake was completely dead. Andre Øvredal, director of the original Troll Hunter, announced in November of 2016 that he and his team had gotten the rights back, and that he did not believe another American remake would be pursued.

And honestly, that appears to be that. There’s been no word on another remake since, Marshall and everyone involved have appeared to have moved on to other things. In this case, it was a simple change of hands in the rights that led to the remake’s cancellation. While there could have been something else going on behind the scenes that just never came to the surface, it seems unlikely.

Countless movies have disappeared or been held up indefinitely when the rights change hands, whether to revert back to the original owners or to move into the hands of new buyers. Often, these changes are for the better, sometimes they’re for the worst. In the case of Troll Hunter, we’ll just have to wait and see.

Post Views: 314
Tags: neil marshall, script to pieces, troll hunter, trolls
Share This Post
Written by Nat Brehmer
In addition to contributing to Wicked Horror, Nathaniel Brehmer has also written for Horror Bid, HorrorDomain, Dread Central, Bloody Disgusting, We Got This Covered, and more. He has also had fiction published in Sanitarium Magazine, Hello Horror, Bloodbond and more. He currently lives in Florida with his wife and his black cat, Poe.
Have your say!
00
Previous ArticleWhy the Remake of Funny Games Beats the OriginalNext ArticleMayhem is The Most Fun You’ll Have Watching a Movie This Year!
You May Also Like