The Cannes Film Festival is no stranger to horror, exhibiting a wide range of genre flicks including everything from It Follows to, er, Sharknado 3.

This year, William Froste, which is directed by Natalie Bible, written by Vance Savage and produced by Absinthe Films, looks set to storm the Croisette. Vision Films, who are presenting it at the festival, described the movie as the “Last Supper” and “Expendables” of horror.

The tagline for William Froste is: Evil isn’t born. It’s made. Little is known about the plot, with the press release describing it thus:

“The ultimate dichotomy of innocence vs. evil [that] will leave an audience questioning their own moral convictions and seeking answers.”

Although that probably sounds a bit same ol’, same ol’ the cast-list–which is what most genre outlets are focusing on, understandably so–is a veritable ‘who’s who’ of genre stalwarts, exciting up-and-comers and veterans, alike.

Quite a few of them seem to have been pinched from Rob Zombie, who is known for using the same actors over and over (just check out the cast-list for his upcoming 31).

A selection of the most notable cast members below. Prepare to salivate:

Temple is slated to play the titular character, according to IMDb. But, otherwise, there’s little to no information on the movie as it stands. One thing’s for sure, though; Cannes 2016 isn’t going to know what hit it. 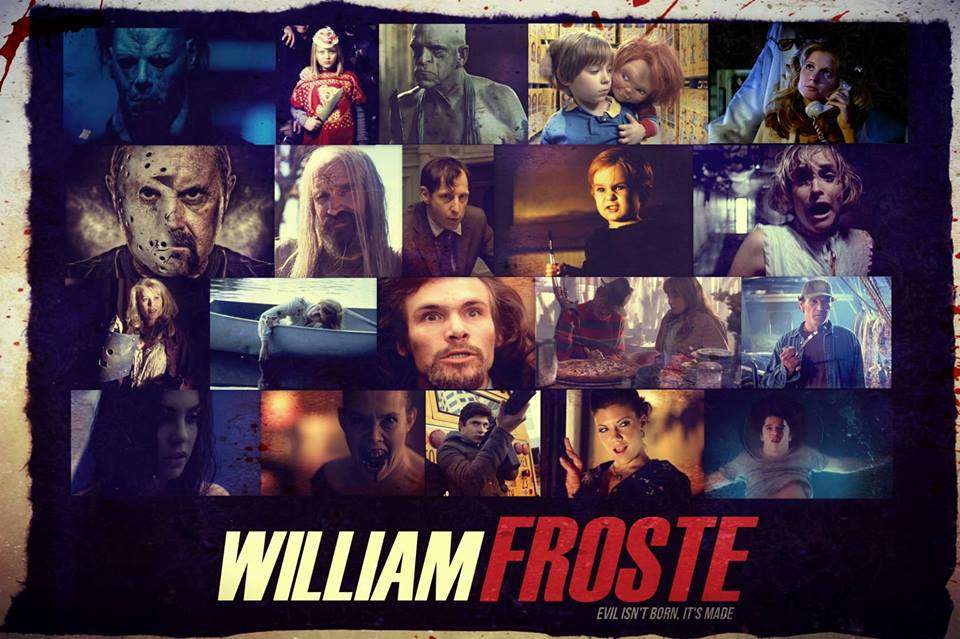 Post Views: 19
Tags: Bill Moseley, Horror News, Kane Hodder, Lew Temple, news, The Expendables, The Expendables of horror, tyler mane, Upcoming Horror Movies, William Froste
Share This Post
Written by Joey Keogh
Slasher fanatic Joey Keogh has been writing since she could hold a pen, and watching horror movies even longer. Aside from making a little home for herself at Wicked Horror, Joey also writes for Birth.Movies.Death, The List, and Vague Visages among others. Her actual home boasts Halloween decorations all year round. Hello to Jason Isaacs.
Have your say!
00
Previous ArticleFirst Full Length Wolf Creek Miniseries Trailer Stalks its PreyNext ArticleWhy Dario Argento’s Jenifer Should be a Feature Film
You May Also Like