Jeepers Creepers, the hit, 2001 horror movie, had audiences captivated with the simple story of a brother sister duo on a road trip who happen to cross paths with a bloodthirsty maniac known as The Creeper. While is it a thrilling (some might say completely terrifying) feature, fans may be surprised to learn that the story itself might not be completely rooted in fantasy. Eleven years before Jeepers Creepers was even realized, fugitive Dennis DePue was on the run, being sought by the police, after the body of his wife Marilyn was discovered abandoned behind a church. An episode of Unsolved Mysteries aired the details of the brutal murder of Marilyn DePue almost a year after her death.

Dennis DePue’s wife was reported missing on April 15, 1990. Neighbors immediately suspected that her husband Dennis was behind her disappearance, as it was well known that the DePue’s had a rocky marriage. It was suggested that maybe Dennis snapped when Marilyn filed for a much-needed divorce. In reality, after severely beating her in front of their three children, Dennis DePue pretended that he was going to take Marilyn to the hospital, but instead shot her in the back of the head.

While dumping his wife’s body, DePue assumed that he was alone, since it was rare for anyone to drive along the isolate Michigan back roads where he was located. However, Ray and Marie Thornton were driving along that particular stretch of road at that very moment and found themselves bearing witness to Dennis disposing of Marilyn’s corpse behind a church. The corpse was wrapped in a bloody sheet. Before they could fully comprehend what was happening, Dennis was in his van, following close behind them for several miles and then disappearing completely until March of 1991. 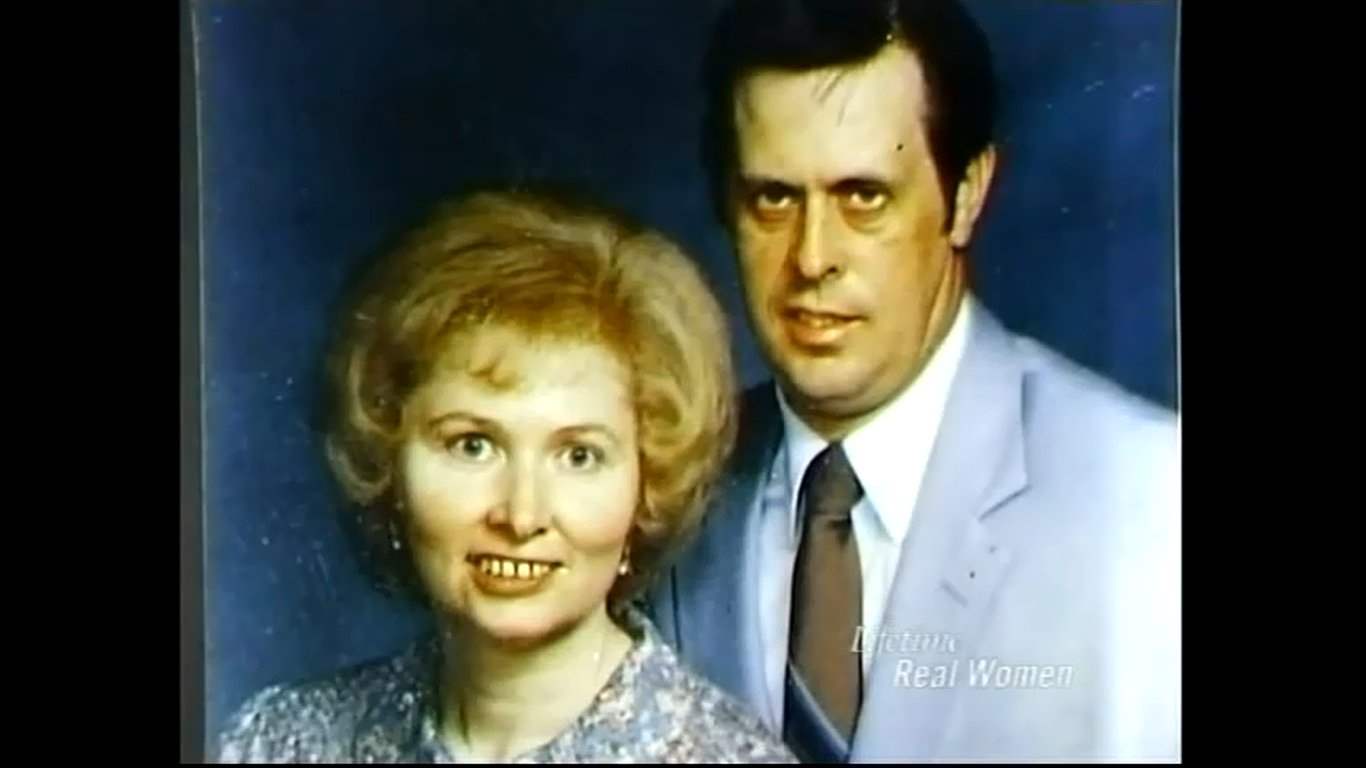 The chase between Dennis DePue and the Thornton’s should seem familiar to anyone who has watched Jeepers Creepers, since this confrontation is paralleled in the very beginning of the film. Specifically in the opening scene where Darry (Justin Long) and Trish (Gina Philips) are taking the scenic route home from school to visit their parents.

Like in the DePue case, the brother and sister duo in Jeepers Creepers see a truck appearing out of nowhere that then attempts to run them off the road. Also, Darry and Trish witness the driver unloading a body wrapped in a bloody sheet outside of a church. The driver then stuffs the body into a outside a chute and the two find themselves pursued by the truck.

What’s especially interesting is that The Thornton’s were even playing the license plate game like Darry and Trish. Check out the clip below that juxtaposes footage from the Unsolved Mysteries reenactment of the Dennis DePue case and the opening to Jeepers Creepers. The resemblance is pretty staggering. Although director Victor Salva has never cited the DePue case as inspiration, it is difficult to think that he wasn’t influenced by it.

After the episode featuring Marilyn DePue’s murder, and the subsequent search for Dennis DePue, aired on Unsolved Mysteries, Dennis panicked and fled the safety of his hideout which had protected him for eleven months. Living under the alias Hank Queen in Dallas, Texas, Dennis soon found himself embroiled in a lengthy police chase, which ended with his suicide in Mississippi.

Related: The True Story Behind The Town that Dreaded Sundown It’s interesting to think how closely the events of Jeepers Creepers parallel the real life DePue case and it’s even more interesting that it seemingly took so long for anyone to make the connection. The video appears to have surfaced on YouTube in 2011 but that is a full ten-years beyond the release of Salva’s film.

So, if you are ever driving along a desolate stretch of road and happen to come across a person dumping a body, take a picture, call the police, and get the hell out of there!

Related: The True Story of The Real-Life Devil’s Rejects Jeepers Creepers 3 Will be a Direct Sequel to First Film
June 6, 2017 Killers Anonymous is a Mess that Has Little Direction [Review]
August 26, 2019
FOLLOW US: