To some degree Italian horror used to dictate the landscape of American horror. The Giallo films of yesteryear, for example, paved the way for the American slasher film.

Directors like Dario Argento would not only helm movies that would be major hits internationally, like Suspiria, but would also occasionally serve as a producer on American horrors like Dawn of the Dead. In an age when even VHS was young, Italian horror was the underground favorite. The movies were great, but couldn’t be found on every street corner. One film could have a multitude of translated English titles, each more enticing than the last. Giallos were virtually identical to slashers, but slicker, more stylish, and in many cases gorier. A first viewing of a Giallo is like a graduation from fare such as Friday the 13th and Halloween. It is the next step.

Lucio Fulci is not as known for his Giallo films, but he certainly made them. Movies like Lizard in a Woman’s Skin, Don’t Torture a Duckling and The New York Ripper to name a few. He had a successful career making films like these, and most of them are well worth checking out. By the late 70’s, the landscape of Italian horror was changing. Americans had taken hold of the Giallo formula and found a way to make the same type of film, for a little less money but a lot more revenue. With slashers on the rise, there really wasn’t anywhere left for Giallo to go.

Not to say, of course, that there were no Giallo films in the 1980’s. There absolutely were, and titles like Tenebre and Opera are some of the best of the bunch. But the output when compared with the late ‘60’s through the ‘70’s is night and day. It’s a stark contrast. Something needed to happen and, after the release of George Romero’s Dawn of the Dead, Fulci knew exactly where to go next. 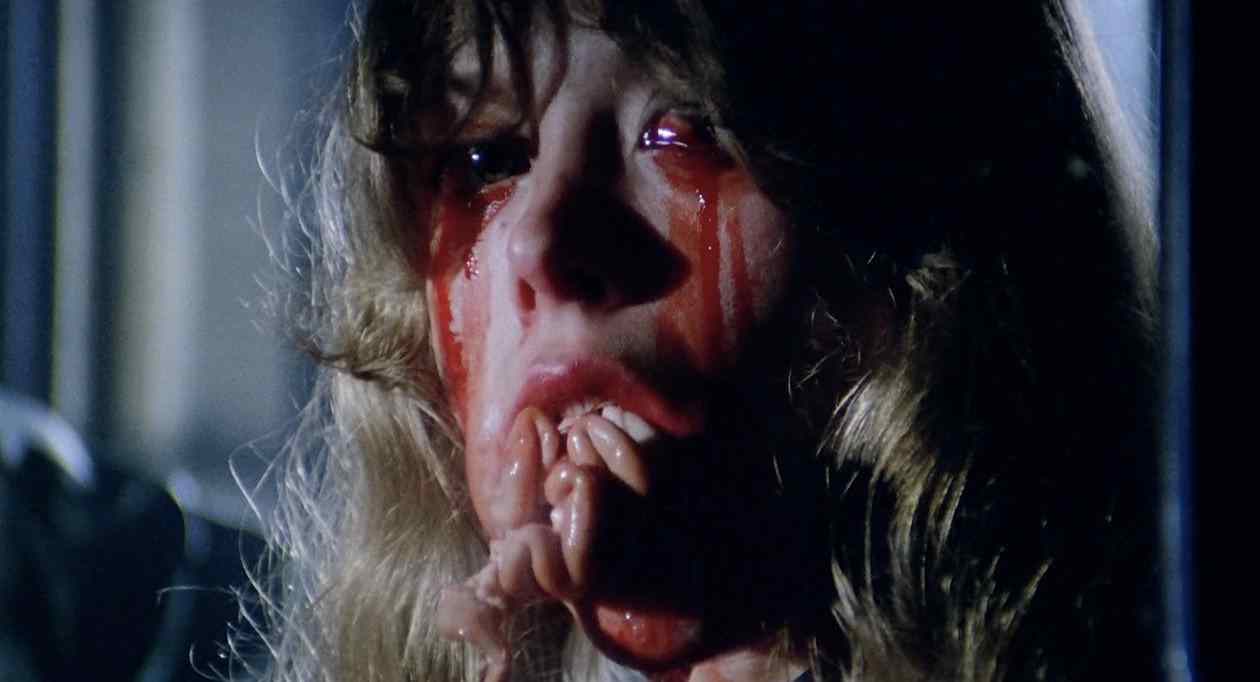 It’s unclear if Fulci made a conscious decision to start focusing on zombie films. Maybe it was a happy accident. Maybe it wasn’t even a decision dominated by the huge international success of Dawn of the Dead. But whatever the reason, Fulci followed up that film with the unrelated sequel of a thousand names, Zombi 2, aka Zombie Flesh Eaters, or the much simpler Zombie. The rest, as they say, is history. Immediately after the release of Zombie, Fulci became known for his work in that sub-genre and was even forced to inject zombies into films that were never supposed to feature them, like The Beyond.

Zombie paved the way for Fulci’s “Doors of Death” trilogy consisting of City of the Living Dead, The Beyond and House by the Cemetery. Each of these is in some ways a zombie film, and yet they are three of the most unique and different zombie pictures you are ever apt to find. This kept things fresh as zombies began to dominate the marketplace a little more each day.

While Italian movies about the flesh-eating undead certainly existed before, they were never as common as they were after the release of Zombie. During that time, there was a new exploitation film centering on the living dead almost every weekend. They were huge. It even led Fulci to come back later in the decade and make a rare direct sequel to his own work with Zombie 3. Fulci got sick during the production, leaving Bruno Mattei to finish directing duties on that feature.

He was at least partially responsible for the worldwide zombie phenomenon in the 1980’s. On a less superficial level, Fulci’s work has influenced every corner of the genre, even acclaimed filmmakers like Quentin Tarantino. His mix of gore and overpowering atmosphere was something previously unseen on the screen and remains unparalleled today. As low-budget as they could have been, especially late in his career, you could always tell when you were watching a Fulci movie. He had a very specific vision, and made films that stuck with the audience long after they ended. He helped pave the way to push Italian horror in bold new directions and for that he has earned his place as one of the all-time masters.

Post Views: 210
Tags: City of the Living Dead, Giallo, Giallo Films, Giallo movies, italian film, Italian Horror, italian horror directors, italian horror movies, Lucio Fulci, The Beyond, Zombie, zombie films, Zombie Movies, zombies
Share This Post
Written by Nat Brehmer
In addition to contributing to Wicked Horror, Nathaniel Brehmer has also written for Horror Bid, HorrorDomain, Dread Central, Bloody Disgusting, We Got This Covered, and more. He has also had fiction published in Sanitarium Magazine, Hello Horror, Bloodbond and more. He currently lives in Florida with his wife and his black cat, Poe.
Have your say!
00
Previous ArticleIn the Mouth of Madness is One of the Most Underrated Meta-HorrorsNext ArticleSix Famous Fictional Towns Based on Real Places
You May Also Like