You can’t keep a Good Guy down. Recently horror fans were elated with the news that their favorite ginger haired, voodoo practicing, serial killing doll, Chucky is back! Charles Lee Ray, a.k.a. The Lakeshore Strangler, will be stalking the small screen via SyFy and the USA Network very soon. I have attempted to compile everything we know about the new show thus far. So, what can fans of Child’s Play franchise expect in this new outing? Read on for all the latest.

The new series finds the Chucky property in the very capable and knowledgeable hands of writer and director Don Mancini. Mancini is the writer of the three original Child’s Play films along with Bride of Chucky. Mancini followed up the successful series with the films Seed of Chucky, Curse of Chucky and Cult of Chucky which saw him not only the writing, but taking on the directorial duties as well. So, if anyone can pull off a television series about Chucky, I am more than confident Don Mancini  can. 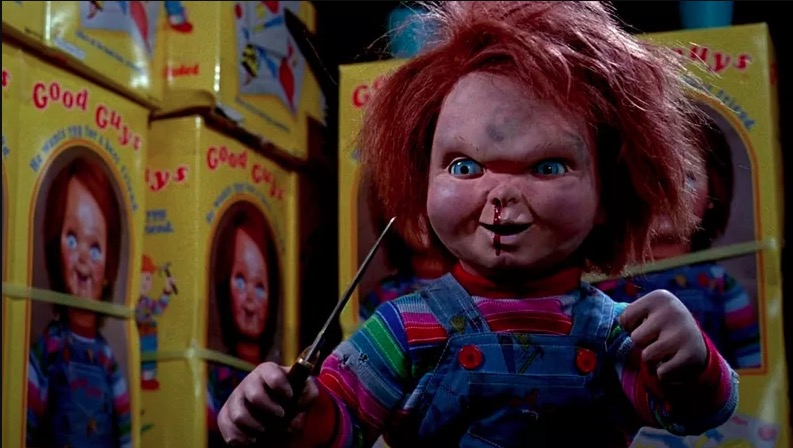 So, what exactly will Chucky be about? Well according to the official synopsis:  After a vintage Chucky doll turns up at a suburban yard sale, an idyllic American town is thrown into chaos as a series of horrifying murders begin to expose the town’s hypocrisies and secrets. Meanwhile, the arrival of enemies and allies from Chucky’s past threatens to expose the truth behind the killings, as well as the demon doll’s untold origins as a seemingly ordinary child who somehow became the notorious monster. Hmmmm interesting.

A lot of the specifics about the show’s plot have been tightly guarded, but through interviews and articles, we’ve have gained a little insight into what we might expect to see. We do know that the show will be set in the same universe as Mancini’s original film series, completely disregarding the surprisingly and bafflingly popular 2019 reboot.

During a Q&A session at a screening for the 20th anniversary of Bride of Chucky, Mancini told the audience that the show is planned for 10 episodes. Mancini explained that the series will be a continuation from his last film Cult of Chucky from 2017. “We deliberately ended Cult with a bunch of cliffhangers to set up a TV series.” He went on to say, “At the same time, we have a whole new world, a bunch of new characters which we can say nothing about.”

Executive Producer Nick Antosca also had this to say about the upcoming series in an interview. “The series is going to be closer to the tone of the first two movies in the series. It’s going to go back to a sort of classic scare.”

If you’re worried about being out of the loop, for those who have not seen Cult of Chucky, you can relax. Antosca also stated the show is “consistent with that mythology, but it’s a whole new story. So you could come into it without knowing anything about the previous stuff and get into it. But it is consistent with all the mythology that has come before, so it is in canon.”

The YouTube channel 3C Films announced that one of the main characters will be a middle school boy who is also gay. The Chucky franchise is no stranger to having LGBTQ issues or characters as main plot points. As you may remember, this was touched on in Mancini’s 2004 film Seed of Chucky with the gender-fluid character of Glen/Glenda. In an interview with Dread Central Don Mancini said “We’ve sort of embraced over the years, a kind of specific gay identity for the franchise. I think it’s just being attentive to what is going on in the culture and what is going in the zeitgeist at any given time, and then using Chucky to get at those issues in an interesting, fun way.”

When it was first announced that they were working on a television series about Chucky, I was skeptical of how it would be handled. But, after finding out who was involved, my fears quickly subsided. The only man who could ever do Chucky right, Brad Dourif, will be returning to the role of Charles Lee Ray/Chucky and lending his vocal talents as the murdering wise-cracker. 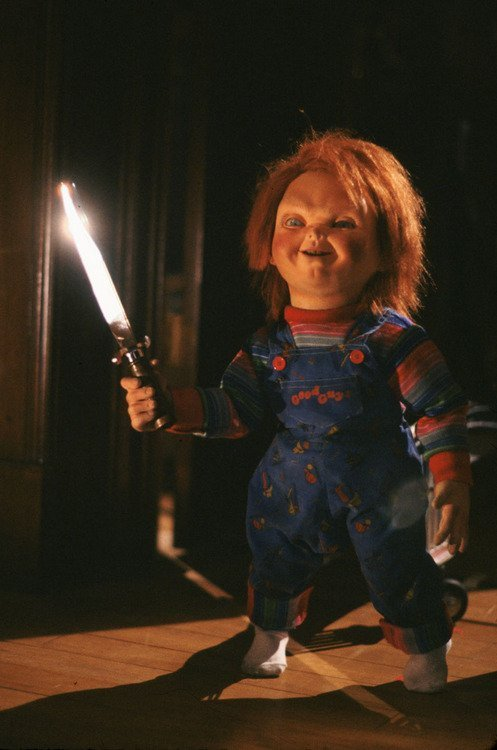 It has also been announced that Jennifer Tilly will be returning as Chucky’s love interest and fellow psychopath Tiffany. Thus far, these have been the only cast members confirmed.

Don Mancini has also confirmed that the new show will go back to the days of using practical effects. He said that the series will be “pretty much 100 percent puppetry.” So luckily it sounds like the use of CGI effects will be minimal.

With the world having changed a lot over the years since Chucky first appeared in 1988, kids in 2020 don’t operate the same. The world does not operate the same. Chucky is going to have to adapt some of his tried and true methods to this new world he finds himself in. Don Mancini had also already considered this as well. He was quoted in an interview saying “One thing I think I can probably safely say is that it’s a look at what it means to be a kid today in the 21st century, as distinct from what it was like to be a kid in the 1980’s when we first showed up on the scene. That’s one thing I think people can look forward to and thinking about: How does Chucky operate in a world where kids spend so much of their time on social media?”

Mancini further elaborated stating “I think the prospect of seeing Chucky sharpen his skills and add to his toolbox, some of our technical goodies that we have at our disposal now, that’s something I think people will find pretty interesting. It’s so important to give Chucky new weapons, new strategies and new targets, new goals.”

Some of the things that the Child’s Play and Chucky franchise are known for are its violent and usually inventive kills, and the gratuitous and vile insults that Chucky hurls. For those of you worried that these would have to be toned down for television, can breathe a sigh of relief.

During a session at Comic-Con, Don Mancini told the audience “When Nick and I set up Chucky at Syfy, one of the first things we had to make sure of, was that Chucky could drop his F-bombs, because it’s such an intrinsic part of his character. Fortunately, before we signed on the dotted line, they confirmed, yes, he can. I think he can drop, like, eight F-bombs per episode or something like that”.

Chucky began filming on July 6th of this year, with the shooting set to wrap on November 13th, which is a Friday. The show has been in development for well over a year/ COVID is partly to blame for the extended production time. The series, as of right now, is scheduled to premier sometime in 2021.

So, that is everything that we know about the upcoming Chucky series. With the creative team behind the successful films taking the helm, I have high hopes and expectations for this new outing. With a lot of the original cast and crew returning to the show, I hope Mancini and Co. will somehow work Andy Barclay and his former foster sister Kyle into the mix. They were last seen in 2017’s Cult of Chucky.

I will wait impatiently until 2021 when Chucky can haunt my television screen once more. In closing, I guess the only thing left to say is Ade due Damballa. Give me the power, I beg of you!!!

Post Views: 127
Tags: brad dourif, Chucky, Chucky Movies, chucky news, David Kirschner, Don Mancini, new chucky, nick antosca
Share This Post
Written by Aaron Posey
Hailing from the great state of Ohio, Aaron Posey was raised on a steady diet of Ghostbusters, Unsolved Mysteries, and classic slasher films. He possess a plethora of useless horror knowledge that he is dying to unleash on the world. He can carry on a conversation using nothing but movie quotes and can liken any situation to an episode of The Simpsons. He is always on the lookout for up-and-coming horror related bands and music. His crowning achievement in life is his brief appearance in the Halloween: 25 Years of Terror documentary.
Have your say!
10
Previous ArticleBacurau Smashes Colonialism [Blu-Ray Review]Next ArticleNothing But the Blood is Ambitious, Promising [Review]
You May Also Like Here’s Your New Chucky From the Child’s Play Reboot
April 17, 2019
FOLLOW US: