The Alien franchise makes up one of the most widely known and highly recognizable horror franchises in recent history, but there are far more alien films in the vast expanse of the horror genre. Our contributing writer Nat Brehmer recently posed the question: Whatever Happened to Aliens as Movie Monsters? And while alien features are not as popular as they once were, there are definitely still some noteworthy features sporting an alien as their primary antagonist. To prove it, this piece is showcasing 10 must see alien films that are not affiliated with Alien. (None of the Predator films will be making this list, due to their eventual Alien affiliation.)

Dark Skies
Dark Skies is a movie about a suburban family whose peaceful life is rocked when the young husband and wife begin to witness odd goings on. The series of events escalates, gradually becoming more and more disturbing. The family discovers that they have attracted the attention of a deadly force, and struggles to get to the bottom of the apparent plot against them. (Spoiler that isn’t really a spoiler alert: It’s aliens that are plotting against them). The production team on this movie includes talents from Sinister (2012), the Insidious series, the Paranormal Activity franchise, and other contemporary horror successes. Viewers would be right to expect a slow burning thriller with this one. Invasion of the Body Snatchers

Although there have been several versions and incarnations of this movie, including an even more recent remake, the 1979 version starring Jeff Goldblum, Donald Sutherland, Brooke Adams and the late Leonard Nemoy is the best. Critics tend to agree in general that this film is one of the best remakes in existence, and I am inclined to agree. In case you’re unfamiliar with the premise, a San Francisco health inspector and his colleague discover that humans are being replaced by aliens. The alien copies appear to be exact replicas of the humans they replace, except they are devoid of any human emotion. 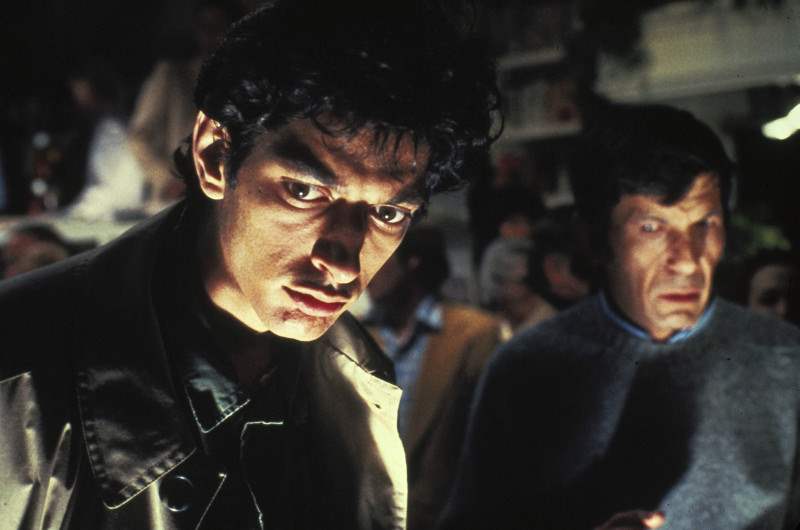 This science fiction arthouse film features Scarlett Johansson as an alien, body stealing, seductress and is intended to show an alien’s perspective of the human world. This relatively recent release is unique because most of the characters are non-actors. Many of the scenes were actually unscripted conversations which were filmed with hidden cameras on the street. This film received wide critical acclaim and was named one of the top films of 2014 by over 100 publications, many of which describe the film as haunting, though some viewers don’t seem to “get” the premise. Banshee Chapter aka The Banshee Chapter is loosely based on the H.P. Lovecraft short story “From Beyond”. In Lovecraft’s short story, an unnamed narrator shares their experiences with a scientist who created an electronic device which manipulates the human brain, allowing the person to perceive planes of existence outside our own. The narrator becomes aware of an alien environment outside of our own reality and that the vicious inhabitants of that reality could then perceive and harm us in the “real world”. The film adaptation on the other hand features a journalist (Katia Winter) who is trying to find a friend who has gone missing. The friend disappeared a few days after being questioned by the police about Project MK Ultra, an illegal government program centered around human mind control experiments. When searching her friend’s house, she finds curious information about radio waves which leads her to seek out a phantom radio station which is rumored to be from another dimension–and the bizarre happenings don’t end there. Fire in the Sky

Fire in the Sky is set in 1975. It follows logger Travis Walton and his coworkers who were working in the White Mountains. While on the way home the men spotted a strange object in the sky. Walton decided to get out of the truck to investigate the object and got struck by a white beam of light. He vanished from the site, and turns up days later naked, dehydrated, and incoherent. His flashback of the experience earns this film a firm spot on our list. What is interesting about this movie is that it is one of the few ‘based on a true story’ alien abduction films which actually has a basis in real events. There actually is a logger named Travis Walton who claims he was abducted. However, his website states that Hollywood did not stick with the real story. He then suggests that readers buy the new and improved copy of his book. But even if the film isn’t completely factually correct, it’s a thoroughly entertaining attempt! This cult classic is a must see for horror fans interested in alien encounters. Critics tend to regard the film as a cheap imitation of the movie Alien, but if you enjoy low budget science fiction flick with a grungy feel, gruesome violence, and sets by James Cameron, then by all means watch this movie! The plot centers around a genetic research station in the distant future. Scientists at the station have created an experimental life form out of a synthetic DNA strain in an attempt to resolve their galaxy-wide food crisis. Unfortunately, the creature begins to rapidly mutate and things only get worse from there. After a crash on a New Mexican highway people begin to disappear and animals begin dying in a nearby town. As it turns out, the culprit is a 900 year old alien creature which was unearthed in a recent archaeological dig, but knowing that doesn’t provide much help to the cast of characters as their numbers dwindle. If you’re in the mood for a bloody monster movie with an alien villain, you’ll likely enjoy this independent horror film. Regardless of what name you can find this movie by, the premise is the same: An abandoned ship filled with large containers of coffee drifts into New York Harbor. Hidden inside the coffee containers are alien eggs. When these eggs are heated they explode and a thick liquid sprays out. The liquid causes any living creature that comes into contact with it to explode. This film made the UK’s video nasty list due to the grotesque nature of some of the scenes. Needless to say, if the idea of viscous liquid makes you queasy or you don’t want to see people explode in slow motion then this is not the film for you. This movie was actually inspired by Alien, though once you see the climax you’ll probably agree that the similarities are very loose interpretations more than anything else. This horror comedy is a strange mash up of alien invasion flick, slasher picture, and zombie film that makes an honest attempt at achieving “b movie” status. It was a  box office flop but it has amassed a major cult following in the years since its release. Many horror fans appreciate the way that this film successfully melds different subgenres of horror to create an effective homage. The alien element of this movie centers around a slug-like parasite which can control its host after it enters their body through their mouth. When the parasite enters its host, it turns them into a zombie. The slugs then multiply once in the host’s brain, and eventually escape the skull in order to infect more victims. Interestingly enough, in this film, blowing off a zombie’s head simply releases more slugs, so it’s a fun take on both alien invasion and zombie movies.

Although this movie is one that most sci fi and horror fans will have made time to see by now, it still necessitates mention on this list because it is awesome. On the off chance you haven’t seen Event Horizon, the premise finds a rescue crew being sent after a spaceship that disappeared into a black hole and has now returned. Unfortunately for that rescue crew, it didn’t return alone. Laurence Fishburne and Sam Neil are excellent in this movie. The whole film feels vaguely reminiscent of a Hellraiser film set in space because of the excellent effects, dark setting, and general evil feel of everything about the ship. If you’re looking for a creepy alien film, you’ve found your match.