Commentary tracks can go in all sorts of different directions. They can be a useful tool for  shedding new light on the film, they can be used as an excuse for those involved to goof off, and other times, they can serve as an outlet for people clearly disinterested in the movie who are only thinking about whether or not the check from the recording session is going to bounce. A great commentary is generally a combination of the first two. It can be extremely informative and give insight on the film from the people who made it and allow you to see it in a new light. But a good commentary also never takes itself too seriously. Given that making a horror movie is an inherently absurd experience, the good commentaries are filled with anecdotes about the production process that most fans will be hard-pressed not to laugh at.

At the same time, for whatever reason, there are plenty of commentaries that are train wrecks. These might not be as intentionally hilarious as others, but they can be funny nonetheless. In this list, we’ll be looking at both. There are commentaries below that feature side-splitting insight from the people who made the picture, and there are those that are funny only because they are incredibly uncomfortable to sit through.

The recent commentary by Jamie Lee Curtis and John Carpenter is at times painfully awkward. Carpenter can’t remember much about the shooting and Curtis is too terrified to actually speak. They never really find a common ground to actually start talking about the movie itself. The dynamic between them is so strange that it’s a little hard to actually take it seriously as a commentary, because there’s not a lot of talking about the making of the film itself. As its own thing, it’s at least entertaining in its own weird and awkward way. The last twenty minutes are an argument, and I don’t even know what they’re arguing about.

Friday the 13th: The Final Chapter by Adam Green and Joe Lynch

This commentary for Friday the 13th: The Final Chapter is technically a fan commentary, but it is featured on the DVD and Blu-Ray. Adam Green and Joe Lynch are horror filmmakers and fans, but they had nothing to do with the movie. They just really, really love it. And that comes through. Their love is clear and they speak of the movie with incredible respect but are hilarious at the same time. It might make you look at the feature in a different light, as it really is well put together, and at the same time you’ll be wondering why Mrs. Jarvis is sweating so much through the entire film. The commentary for The Evil Dead, which was ported over from the laser disc, is fantastic. It’s truly, truly hilarious. It’s both funny and actually informative at the same time, which is something other commentators can learn from. They spend a lot of time talking about how everything was stolen out of the cabin on the first night. So someone had to stay there every night. A major highlight of the commentary involves Tapert going out to the cabin and finding Raimi asleep in the cemetery, nearly freezing to death. He explains that he took Sam inside, got a fire started and jokes that he saved the Spider-Man franchise that day, but Sam ends the conversation with “I went out there to die, you son of a bitch” and that leads to an unsettlingly funny awkward silence. 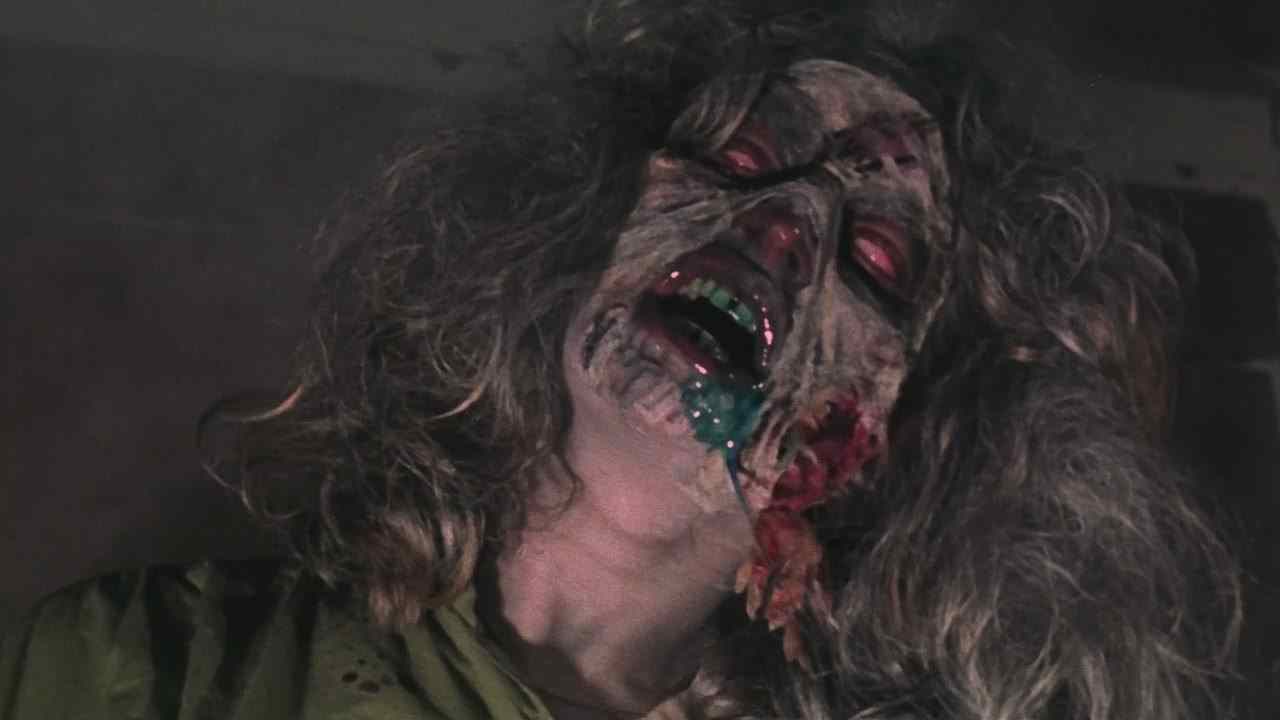 As Evil Dead II was to Evil Dead, the commentary for the second film is much bigger, much sillier and much more over-the-top. It’s just a great commentary, non-stop funny but still informative. The appreciation these people have for what they did is clear. It was clearly a hard film to make, like the first, and it is clear that they are in some ways just amazed that they got it finished. With every kind of picture like this, that is so hard and takes so much work, there’s some aspect of just being grateful that it happened and that it worked. And that feeling is clear in this extremely funny commentary track.

Related: Evil Dead II is Not a Remake of the First: Here’s Why! The commentary track for Jack-O is a thing of beauty. It’s tough to tell if it was staged or if it was genuine. Nothing actually feels for show in this commentary, but it is hard to tell. What happens is that the director and producer get into an extremely heated argument about the film’s negative reviews, leading the director to eventually walk out of the recording session. Given that the whole production is so cheap, they probably couldn’t afford to record a new commentary. And that’s great. If this is the track we’ll always be stuck with, I couldn’t ask for a better one. The movie is one of the worst of the 90’s video slashers and is worth watching just to see how much of a train wreck it is. I’m glad that the film and its commentary have that much in common. Post Views: 370
Tags: commentary track, Evil Dead, Evil Dead II, film commentaries, friday the 13th, friday the 13th the final chapter, halloween, jack-o, The Evil Dead
Share This Post
Written by Nat Brehmer
In addition to contributing to Wicked Horror, Nathaniel Brehmer has also written for Horror Bid, HorrorDomain, Dread Central, Bloody Disgusting, We Got This Covered, and more. He has also had fiction published in Sanitarium Magazine, Hello Horror, Bloodbond and more. He currently lives in Florida with his wife and his black cat, Poe.
Have your say!
11
Previous ArticleReview–Dark Summer Is by the Book but That’s OKNext ArticleRoadside Finally Has a US DVD and VOD Release Date
You May Also Like Why Jason Goes to Hell is Worth Another Look
December 10, 2015